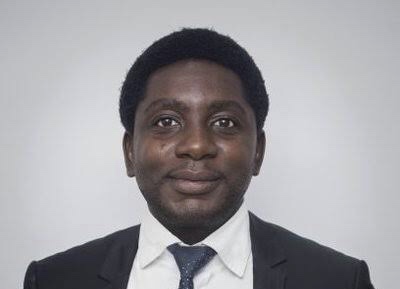 A Nigerian human rights activist, Sesugh Akume has accused Justice Augustine Ityonyiman of Makurdi High Court in Benue of being biased in his treatment of a suit filed against him by the Benue State governor, Samuel Ortom.

Ortom had instituted a N150million libel suit (MHC/284/2021) against Akume and the Publisher of Sahara Reporters, Mr. Omoyele Sowore.

The activist in a letter dated March 18 had asked the Chief Judge of Benue, Justice Aondover Kaka’an to reassign the case to a neutral judge.

He accused Justice Ityonyiman of impunity, bias and violation of the code of conduct.

However, three months after, the judge refused to recuse himself from the case and it was not reassigned, Akume said in a statement released on Wednesday.

“In a letter dated and delivered on 18 March 2022, I applied to the honourable chief judge to kindly reassign the matter (with suit number MHC/284/2021) to a neutral judge.

“My reason was due to a rather unsavory experience with this judge in another case and the outcome, I not only took it up to the appellate court but referred the judicial bias I suffered and other misconduct of the judge in the case to the National Judicial Council (NJC) for interrogation and disciplinary measures on the judge, in a petition dated and submitted on 22 October 2021, a petition still pending before the NJC. A copy of the petition to the NJC was attached.

“In the light of the above circumstances, it was expected that the trial judge, would going by standard practice, quietly recuse himself from this matter involving me.

“I referred his lordship to the Code of Conduct for Judicial Officers of the Federal Republic of Nigeria, Rule 12(1)(a) which states: 12.1 A Judicial Officer should disqualify himself in a proceeding in which his impartiality may genuinely and reasonably be questioned, …where: (a) he has a personal bias or prejudice concerning a party.

“I further called his lordship’s attention/memory to the matter of Sesugh Akume v Government of Benue State and 4 Others (MHC/294/2020) dated and filed on 27 August 2020, which being first assigned to the Honourable Justice J. M. Ijohor, and going by Rule and normal convention, recused herself and returned the case file to the chief judge for reassignment.

“I informed him that the judge, in this case, having not done that which ought to have been done, an application was brought before him for recusal, but was vehemently denied and dismissed.

“I respectfully called the honourable Chief Judge’s attention in this letter to the impression created in the mind of the reasonable person of a judge insisting on himself hearing a case where there is a clear conflict of interests; the negative impression it creates of a teleguided judiciary, of a judicial officer taking partial decisions to please certain quarters and/or descending into the seeking to exact personal vendetta; all having the negative potential of bringing the judiciary to disrepute.

“I have received no response from the Chambers of the Chief Judge of Benue. The Honourable Mr Justice Augustine Ityonyiman continues to sit on the case whose next adjourned date is 28 June for the continuation of hearing.”