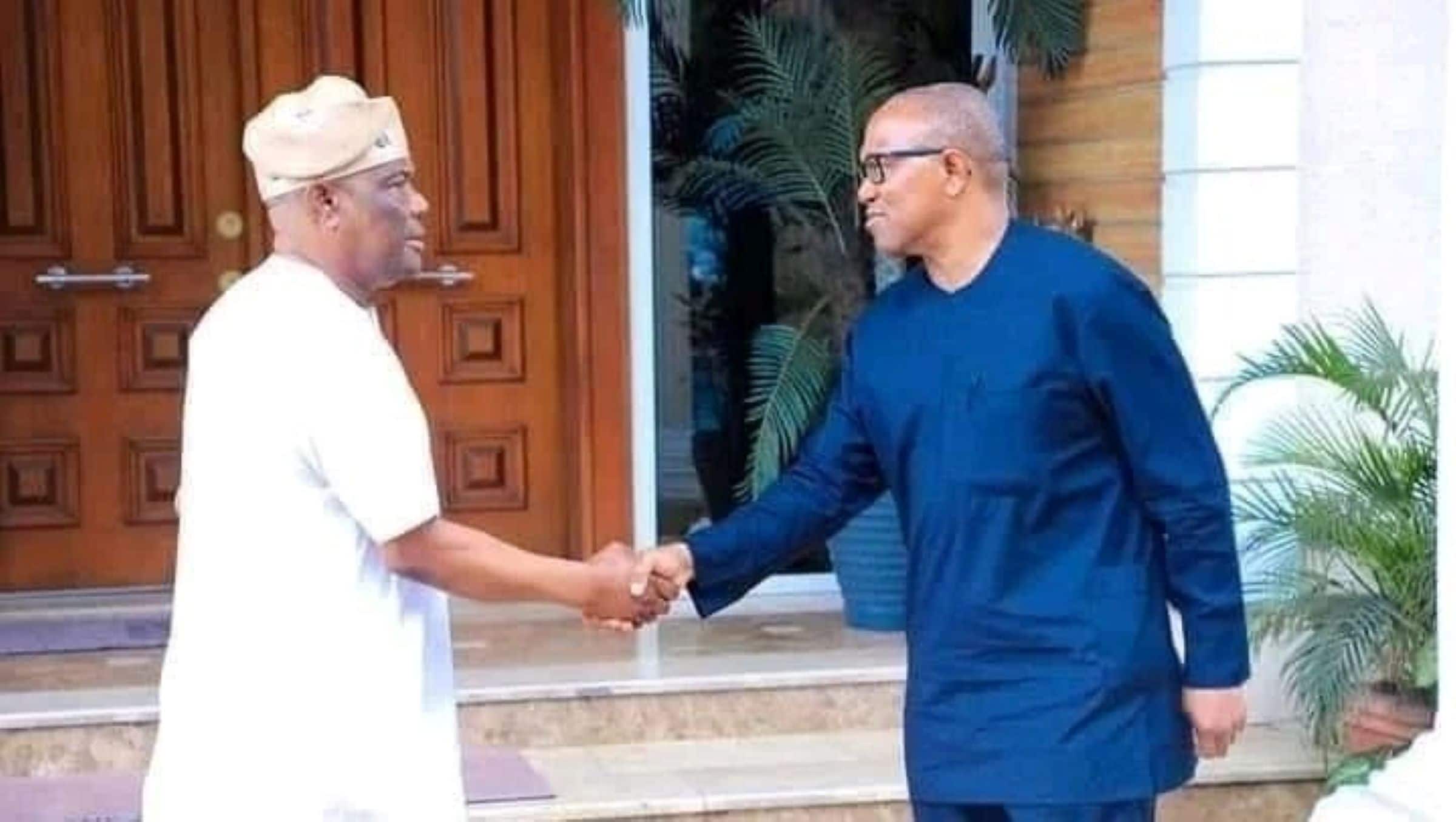 Obi stated this in a tweet on his Twitter page on Wednesday night following mixed reactions that trailed his visit to Governor Wike who was contesting the main opposition party’s 2023 presidential ticket with Obi before the latter’s resignation from the party in April.

With photos of him and Governor Wike on his Twitter page, Obi wrote, “Earlier today, I visited Port Harcourt, to confer with H.E. @GovWike on vital issues of national interest.”

However, details of the meeting still remain unclear but it is widely believed that the meeting might be connected with the 2023 elections.

Governor Wike, after losing the PDP presidential ticket to the former Vice President of Nigeria, Atiku Abubakar, accused the southern governors of betraying him.

Wike who came second in the presidential primaries claimed that he could have dumped the PDP if not for his love for the party.

He said, “I have never seen how people can violate procedures and guidelines. Somebody has spoken, it is at that point he was speaking that he would have said I am withdrawing. You don’t call him back,” Wike had said. “I just said, ‘Look, this our party must not be destroyed.”